Rates fall ahead of FOMC announcement. Yesterday, the Fed kicked off their two-day rate setting meeting. The market consensus points to the Fed leaving their target remaining unchanged at 0%-0.25% with talks of potential negative rates evaporating. Economists expect major topics of discussion to include added stimulus, expected recovery period forecasts, and future easing. Thus far, the Fed has unveiled multiple lending facilities with the Main Street Lending Facility under most scrutiny. Fed Chair Jerome Powell has made multiple revisions regarding its target borrowers, most recently expanding the guidelines to include a larger range of small and mid-size businesses. With the recent blockbuster jobs report, the sought-after v-shaped economic recovery has seemingly returned to the realm of possibility. A hot topic gaining traction is yield curve control, where the Fed uses quantitative easing to target certain yields to keep borrowing costs in check. The FOMC announcement will be published at 2 PM ET followed by a press conference led by Powell. Treasury yields and swap rates are lower ahead of the announcement this morning– the 10-year trading lower this morning at 0.80%. 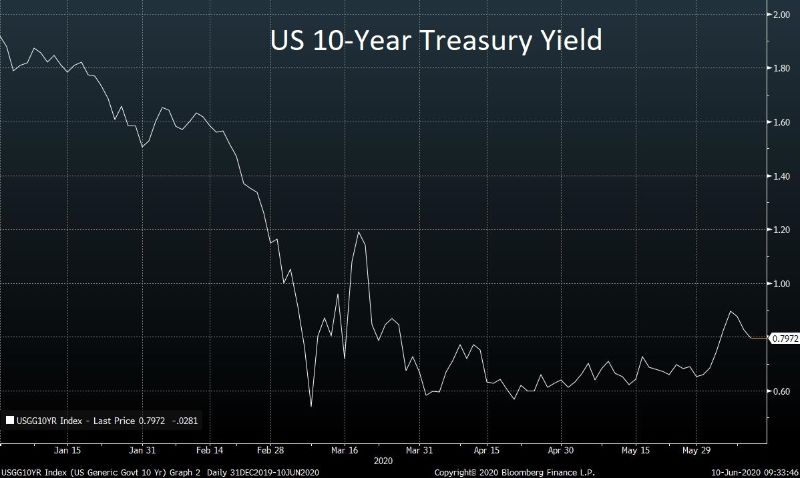 Tech rally pushes the Nasdaq Composite above 10,000 for the first time on record. Investors have flocked to FAANG stocks and other large tech companies in the hopes that their growth will be at the forefront of the US recovery as consumer behavior changes post-lockdown. Amazon is the current market leader, shares gaining 41% on the year. Thus far, the Nasdaq has risen 11% in 2020, closing at a record high of 9953.75 yesterday after breaching the 10,000 level for the first time in history. The S&P 500 would close down 0.78% on the day while the VIX or “Fear Index” climbed to 27.57. 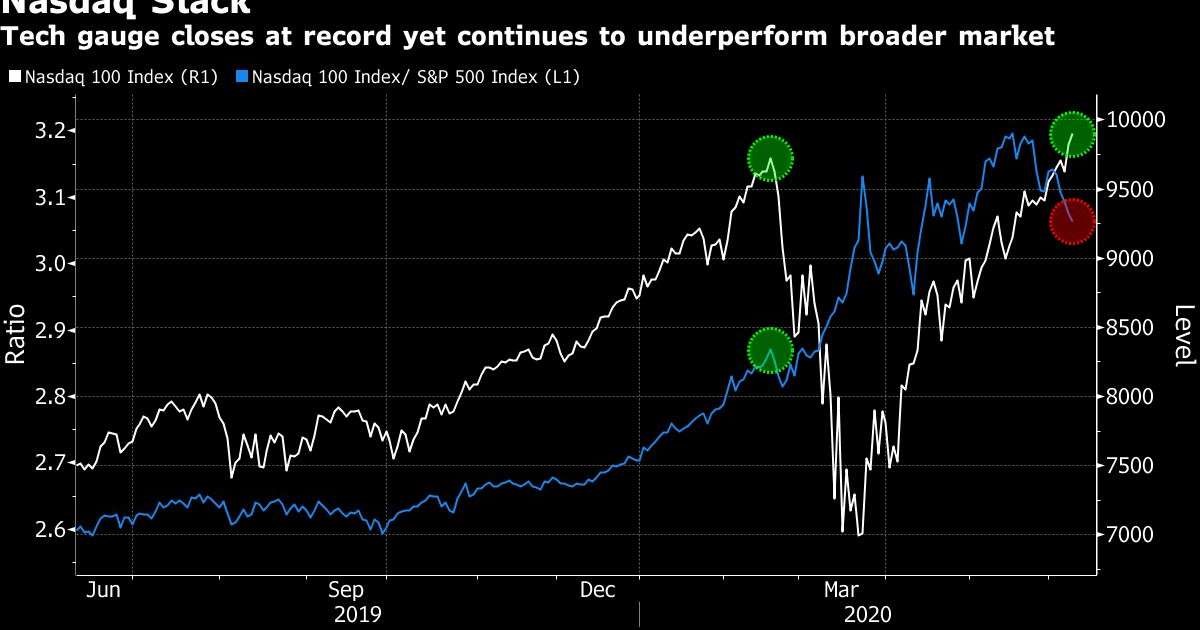 CPI figures fall 0.1% in the month of May. Consumer prices declined by 0.1% in the month of May- the third straight month the measure of inflation has declined. Core CPI (which excludes volatile food and energy costs) also fell 0.1% after falling 0.4% the month prior. The data suggests inflation is still well short of the Fed’s stated 2% objective, and until inflation normalizes the Fed is unlikely to consider tightening monetary policy. 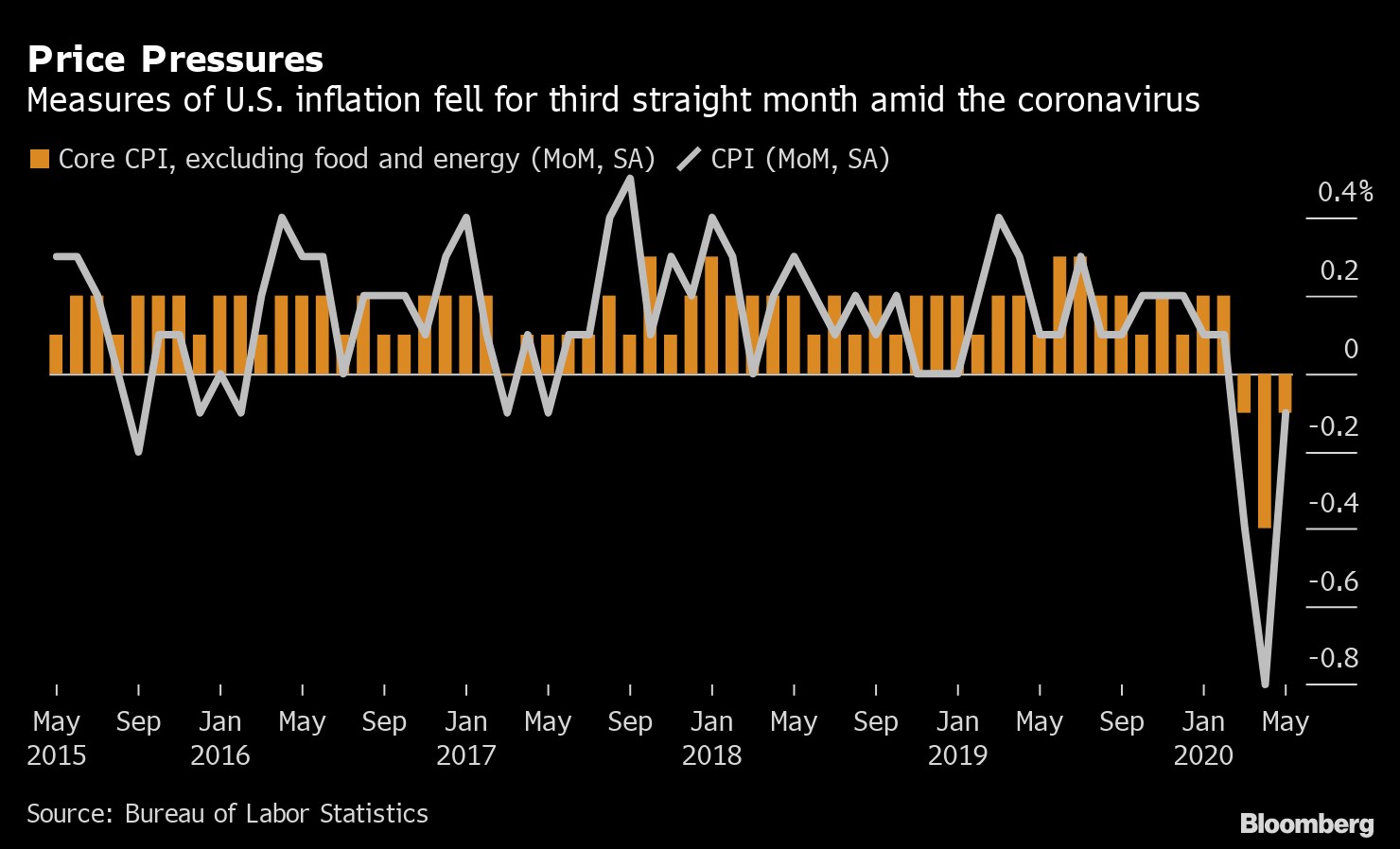